According to new research from a group of researchers from the University of Eastern Finland saunas might have a beneficial effect on heart and blood vessels. The results of the study appeared in the Journal of Human Hypertension and the European Journal of Preventive Cardiology.

Earlier epidemiological studies had already shown that regular visits to the sauna could have a positive effect on, among other things, blood pressure and reduce the risk of death from cardiovascular disease. In this study, a number of measurements were carried out for the first time in 102 subjects before and after a one-off sauna session of 30 minutes (a classic sauna with a temperature of 73°C and a humidity of 10-20%, and a shower after for 15 minutes). The subjects were on average 52 years old and had at least one risk factor for cardiovascular disease.

30 minutes before and immediately after the sauna visit, blood pressure, the pulse wave velocity and blood values were measured. 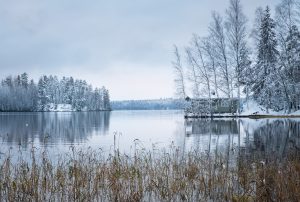 The authors conclude that this study provides additional insights into the possible positive effects of sauna on reducing the risk of developing cardiovascular diseases.