The history of modern mechanical ventilation begins in the 1950s with the great epidemics of poliomyelitis. Life support for some, respiratory aid for others, it is the fruit of a series of innovations that have helped to put at the disposal of patients at home fans more and more adapted to their needs. |Forest Medical Equipment Calibration|

From The Past To The Present

In the early 1960s, another step was taken when the Engström 150, the first positive pressure ventilator so named, was developed because it delivered a preset air pressure higher than that prevailing in the lungs.

However, pneumologists and resuscitators did not stop there and sought alternatives to invasive ventilation, always alone in contention. In fact, endotracheal opening limits speech, hampers swallowing and intubation promotes infections.

In the following years, while continuous positive pressure was the preferred treatment for sleep apnoea syndrome, non-invasive ventilation first developed in resuscitation services where it was increasingly used for patients with obstructive pulmonary disease (COPD). At home, it concerned only patients with Duchenne muscular dystrophy and those with polio-related sequelae. Mechanical ventilation was then less and less seen as a ventilatory prosthesis and more and more as a support to natural ventilation. Therefore, the development aimed to find a way to improve the synchronization between the effort of the patient and the insufflations of the ventilator. Devices began to be equipped with aspiratory devices such as valves: the greater the patient’s effort to inspire, the more the valve opened, thus increasing the airflow.

At the turn of the century, indications for non-invasive ventilation at home evolved. It was used extensively in three new patient populations in France: those with COPD, obese patients and, as of 2006, patients with amyotrophic lateral sclerosis. 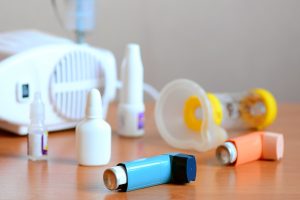 Today’s lithium batteries deliver a battery life of several hours or even a full day. Fans, equipped with alarm systems, are safer. All these developments directly affect the quality of life of patients with chronic respiratory insufficiency who have become much more mobile, whether they are tracheotomised or ventilated by a mask.

During the 2000s, as the PPC market exploded, masks improved and non-invasive ventilation benefited from these developments. Medical researchers and engineers developed systems to compensate for air leakage and thus ensure the efficiency of ventilation, especially in patients entirely dependent on their machine. They combined the skills of fluids specialists to design smaller and more efficient turbines on barometric devices. This equipment eventually replaced the volumetric apparatus, except in certain special cases. Mixed ventilation, combining volumetric and barometric modes, was developed in order to combine the advantages of the two techniques and to adapt as best as possible to the patient’s demand.

The fans have also benefited from developments in computers and electronics development, since current models have systems for monitoring, measuring oxygen saturated blood, doubled by an alarm or non-invasive monitoring of pressure partial CO2 (transcutaneous capnia).

In the future, several telealarm projects will probably be launched in order to intervene more quickly in the event of an unfavourable evolution of one or other of the ventilatory parameters. Because the stakes are vital for these fully dependent patients. 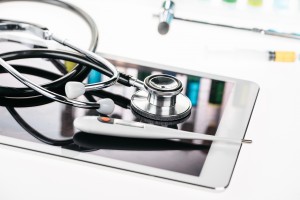 Spirometry is a breathing or ‘lung function’ test. It’s one of the most common tests people with asthma or people who are being tested for asthma, are given. Your GP or asthma nurse will ask you to take a deep breath and then breathe out as fast as you can and for as long as you can through a mouthpiece linked to a ‘Spirometer’. You will have to blow a few times so your GP or asthma nurse can get an accurate result.

As with all medical equipment, Spirometers need thorough and comprehensive testing on a regular basis. Failure to adequately test a Spirometer puts it at risk of failure or of false readings being displayed from the equipment, which can have disastrous results.

We undertake thorough Blood Pressure Monitor Calibration to fully test your machines and ensure that they are safe and suitable for use.